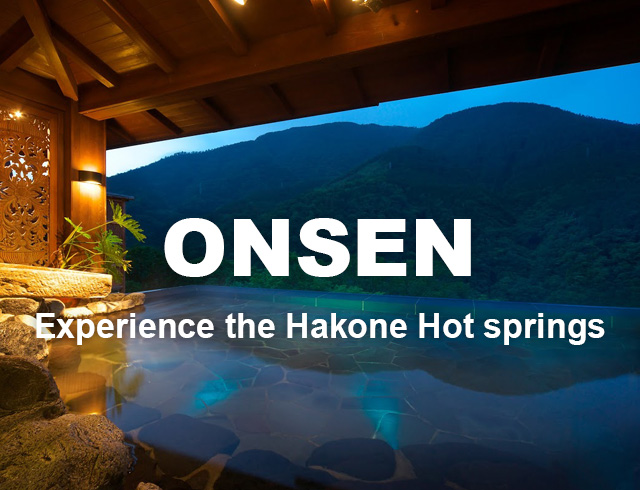 HAKONE JAPAN > THINGS TO DO > ONSEN > History of the Onsen

History of the Onsen

Onsen have always been naturally found throughout Japan and there is little doubt that these naturally warmed waters have been used for centuries. Here is a a short guide to the history of the hot spring in Japan.

The indiginous religion on Shinto also put a high priority on cleanliness for citizens and bathing was always a common practice as compared to past western societies. Before entering the shrine grounds it is important to symbolically cleanse yourself by washing your hands and rinsing your mouth with water.

Onsen, Samurai, and the Middle Ages
The warring states period of Japan had many samurai and soldiers resting and healing at onsen after battles. With the eventual unification and peace in Japan in the early 1600s, populations began to concentrate in cities in the 1600`s. Travel restrictions imposed by the Tokugawa Shogunate from the 1600`s to the mid- 1800`s made onsen access difficult for the commoner. During these times onsen were mainly used to treat ailments and illnesses. Onsen water was carried to the capital of Edo (Tokyo) on a daily basis for the shogunate. In a book published in 1811, readers were told the onsen were “not places to go for entertainment.” But soon this attitude would change.

Hakone lies on Japan`s most important road, the Tokaido. This road connected Tokyo/Edo with Kyoto. Many travelers would stay in Hakone because it was one of the few mountainous areas on the trip and could rarely be done in one day. People began to enjoy the onsen for relaxation purposes and Hakone began to be featured in ukiyoe prints by Hiroshige, one of the most popular artists at the time. These ukiyoe prints of the late 1800`s were considered magazines and artwork for the time. The prints featuring Hakone showed bathers enjoying the views and company of others.

The modern hotel/ryokan and onsen combination started to grow from this time as onsen were considered to be a travel destination. Hakone was well placed close to Tokyo, in the beautiful mountains, and offering a diverse range of onsen to become one of the most popular hot spring destinations in Japan.